Calender of all my posts

I am an enthusiastic blogger who lives in Zimbabwe. I am very interested in hearing your thought and ideas. You can email me at theonettie.ncube32@gmail.com

What is the hardest challenge you have faced in blogging and how did you overcome it?21st May 2015
The big day is finally here.

RSS feeds to my posts

Wow twitter is just so addictive. Women should not go on twitter. As the people who support the community the world would come to a stop just because we keep on tweeting every five seconds. Let me tell on my first day in twitter l was really non-productive. I literally could not stop myself from going to check who is following me and all the tweets that were pouring in.

Hello people this librarian is officially in the 21st century. I finally joined twitter after years and years of resistance the pressure has finally forced me to cave.

I pride myself in being a laggard. Yep l am one of the few people who still use a phone with buttons. It might seem impossible to you because you think those phones are now more extinct than dinosaurs but there you have it.

So then l have recently started on twitter and let me tell you its marvellous. I am like one of those boring twitter friends who update every five things about the most boring things but it is fun.

To those who still have not yet caved in continue the fight on my behalf l am weak and have fallen into temptation. Please tell me how long you have resisted this fight l am curious to find out if anyone has broken my record it is FIVE years people.

To those who caved in well l say if you can’t beat them join them l am now on your side my brothers and sisters. Since we are now on the dark side we might as well have some fun. Catch me on the flip side at @BloggingTheo Please women be strong twitter is not a place for the weak.

To everyone else complete the polls and lets have some fun. 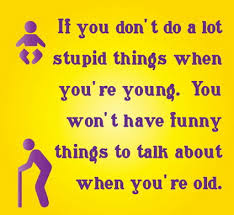 For those who want to join the blogging challenge you can catch me HERE and to get more details continue HERE.

All images used in this post do not belong to me unless stated otherwise.

To those who do not about the challenge yet are interested follow this link HERE then you move onto HERE.